Warning: count(): Parameter must be an array or an object that implements Countable in /home/customer/www/leqamel.ca/public_html/wp-content/plugins/dvteam/cmb2/CMB2.php on line 527
 Arts, Culture, & Heritage | Leq’á:mel First Nation 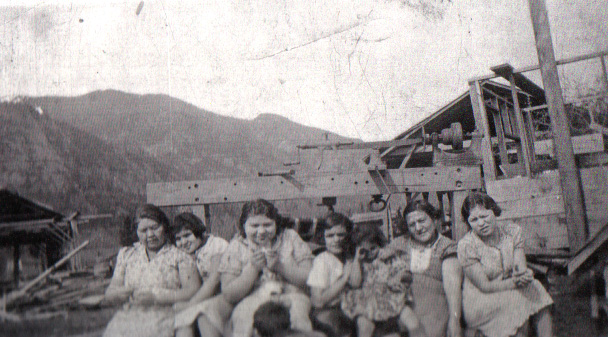 Leq’á:mel, meaning the level place where people meet, was once one of the most popular trading stops in Stó:lō territory. It was also said to have been the birthplace of Halq’eméylem; the word itself stems from the dialect spoken by the Nicoamen/ Leq’á:mel. Leq’á:mel was home to many of the longhouses, some recorded almost a kilometer long. Historically our affiliates were the Sumas, Scowlitz, Matsqui and Nooksack tribes. Leq’á:mel sits on the borderline of the Upper/Lower river dialects of the language, hence the translation of Leq’á:mel from Nicoamen.

The Sxwōxwiyám (ancient accounts of how the world came to be the way it is) of Leq’á:mel: The Leq’á:mel – “Their ancestor, Ialepke’lem (EE-AY-lep-kelem), lived with his mother. People in those days didn’t yet have fire and were living as if in a dream. When Sun saw this, he took pity on them and descended from the sky in the form of a man.

He gave fire to EE-AY-lep-kelem. Then he awoke from his dreamlike existence to real life. Sun taught him and his people all the skills. Later Qals (Xals) passed by and fought EE-AY-lep-kelem. They stood opposite each other and tried to transform one another. EE-AY-lep-kelem picked up some white wood ashes, and, sprinkling them over himself, boasted to have become powerful and wise through Sun’s help. He was jumping high into the air. So Qals called out, ‘In the future, do the same in the wa- ter,’ and transformed him into a sturgeon.” (Boas 1891).

Leq’á:mel First Nation is an Indian Band located in Deroche, 22 kilometers east of Mission, population approx. 420. Leq’á:mel holds ten Indian Reserves, Yaalstick IR #1, Lackaway IR #2, Lakway Cemetery IR #3, Papekwatchin IR #4, Aylechootlook IR #5, Holachten IR #8, Zaitscullachan IR #9, Skweahm IR #10, Lakahahmen IR #11 and Sumas Cemetery IR #12. Leq’á:mel utilizes three of these reserves for residential use, two as cemeteries and as for the other five, they are either: under a certificate of possession to members; leased for agricultural use; or held for future economic development. 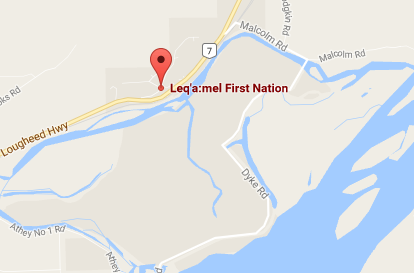